Robinho was reportedly offered to the English Premier League 2015/17 Champions Leicester City during the final days of the transfer window in January, but the football club was discouraged to employ the forward taking into consideration his high wage demand. 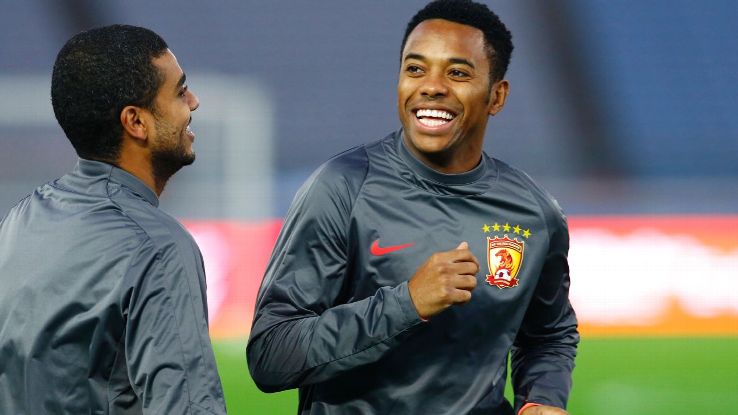 He ended up floating after his contract with Chinese champions Guangzhou Evergrandecame to an end.

The former Brazil internationalwas said to be keen on a return to the Premier League where he left in 2010. The Daily Mail reported that both Swansea City and Leicester City were contacted as to if a deal could be sealed on the attacker.

Swansea City who was struggling not to be relegated last season was unlikely to significantly increase their wage bill in case they ended up in the Championship.

Leicester City riding high on the table with narrow winningswere not ready to tamper with their wage structure amid the possibility of getting the English Premier League which they eventually did.

Leicester City rather went for Daniel Amartey and Demarai Gray from FC Copenhagen and Birmingham respectively in a combined £8m outlay, with ZoumanaBakayogo, AlieSesay and Harry Panayiotou, NgoloKante, Andrej Kramaric and Tom Lawrence all offloaded to different teams.

The Brazilian this season has featured 5 times for Roger Marquez side, where he started all his appearances and scored one goal in contribution to the progress of his side.

They remain in the sixteenth position on the league table with just a point ahead the relegation zone and ten points behind Corinthians who are at the top having played six Brazilian Serie A matches.