Paris Saint-Germain manager Thomas Tuchel has acknowledged that he knew Neymar wanted to leave the club before the Copa America tournament earlier this summer. The Brazilian has been with Les Parisiens for the past couple of seasons but reports have emerged that he could part ways with the side with an eye to re-joining Barcelona. 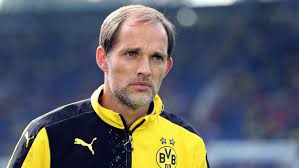 Speaking to RMC Sport, Tuchel said that he had a clear idea regarding the forward’s intentions before the recent Copa America tournament. He added that he cannot say further regarding the speculation and it is up to club to decide on the future of the 27-year-old, he quipped: “I am always disappointed when a player turns up late. But it is clear between us, now it is between the club and Ney. We work together.

“Did I know he wanted to leave? Yes, I found out before the Copa America. But it is something between the club and Ney. I am the coach, it’s my player. If he is in the locker room, this is my player and I work with him. I’m ready for everything. We have to be flexible. I do not talk about it with him. I’m calm, it’s a thing for the club. I do not interfere, it’s not my subject.”

Neymar may have expressed the intention of making the switch to the Camp Nou this summer but the move does not seem straightforward. The Blaugrana have already spent a massive chunk of the summer budget to land Frenkie de Jong, Antoine Griezmann among others and reports suggest that they won’t be able to afford the £200m asking price for the Brazilian.

Nonetheless, there have been claims that the club could propose an exchange of three players whereby they can pursue the signature of Neymar with spending any amount of money. Samuel Umtiti and Ivan Rakitic could be among those sacrificed for the transfer to go through.